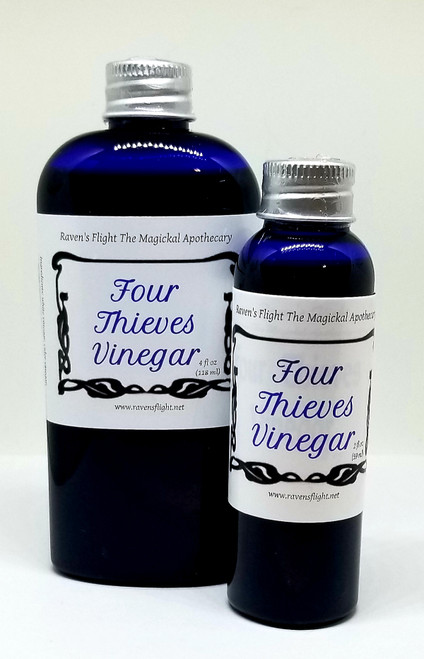 Now, even though we use the traditional recipe, this is not to be taken internally! But, over the centuries this formula has proven to be an excellent potion for protection. Sprinkle around the house, the yard, on door knobs, across thresholds or anywhere that you feel need to have a protective barrier. 2 oz bottle.